On April 30th, RedMagic mobile phone officially unveiled that the Mars Red edition will be sold from May 1st. The phone is powered by Qualcomm’s Snapdragon 865 platform, supporting 5G dual- mode network, with access to Elite Gaming enhancement. Associating with LPDDR5 RAM and UFS 3.0 memory, it supports Magic Write swift read and write  optimization.  The  6.65-inch  AMOLED  screen  enables  a  144Hz  fresh  rate.  This edition  is  equipped  with a    build-in 4500mAh battery, having a 55W charger as a standard accessory.   The rear three-camera combination with Sony IMX686 sensor as the core include the function of NeoVision image engine and video stabilization.

In  addition, the  RedMagic  gaming smart phone is upgraded with an ICE3.0 three-dimensional multi-dimensional cooling system. RedMagic’s innovative air-cool-core cooling system ensures the frequent and efficient output of the phone, which is a big  step  from the  tradition  items. Last  but  not  lest,  the  RedMagic  Mars  Red  edition  is  only  available on 8GB + 128GB memory. 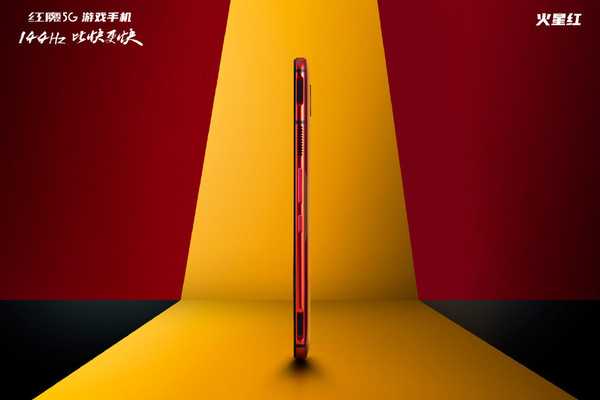 Scroll to Top
Need Help? Chat with us
Start a Conversation
Hi! Click one of our member below to chat on Whatsapp
The team typically replies in a few minutes.
Lucy